Rolling into a new town, I often set my GPS for a landmark or place of interest to give me a starting point for exploration. The Old Brick House nestled in a somewhat worn down part of Biloxi, Mississippi was my target. Disappointed that it was closed I set my GPS for a nearby restaurant.

As I circled around in a modest neighborhood I spotted a woman working in her yard. I pulled over and in my Get Well America Tour style, thanked her for making her yard so nice. We chatted for a few minutes and soon she became an official Road Angel.

“I can get you on the radio.” And with that she pulled out her phone and called Ira. Next thing I know I am scheduled for a live radio broadcast the very next day. I was so grateful that I immediately asked if I could take her to lunch. Much to my joy, she accepted. Not only that, she accompanied me to the interview. Imagine my surprise when Clenistine appeared the next day completely transformed! What a classy lady!

The show, “Flip the Script” hosted by Ira’s wife, Bennietta Hatchett and Dr. Enoaspasi Whitenburg has been on for years. They were such gracious woman and so very smart!   The interview lasted for about twenty minutes and definitely put fuel in my soul to keep going. Take a listen….

Like most of the Gulf Coast, Biloxi has been devastated by storms. A once vibrant downtown area struggles for its comeback; the area seems to be supported by massive casinos. I made one of their parking lots my resting spot for two nights. Okay, not my favorite place to stay, but it was safe!

I left Biloxi with not only a radio spot, but new friend, Clenistine! 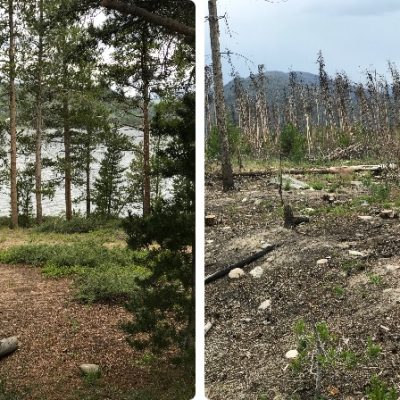 America’s Battle between Kind and Mean